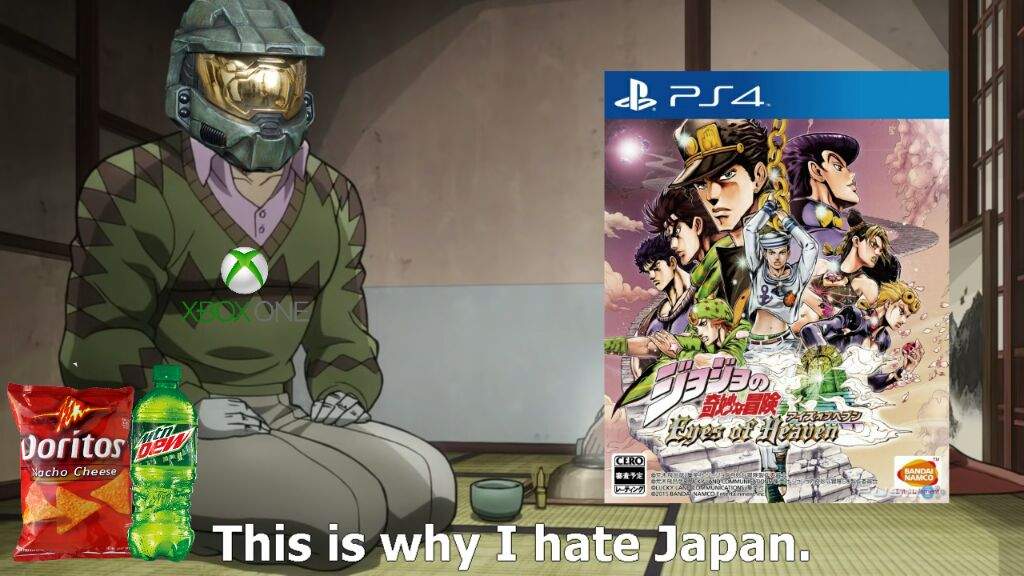 For instance, one character has a knockback at the end of his punching flurry attack, while another can inflict a bleeding status effect on an enemy when he hits them with his projectile move, causing their health to slowly drain over time. When used methodically, these attack properties can be strung together to create a multitude of powerful combos and setups. Despite the fact that advanced moves are easier to pull off than before, wielding them effectively requires a fair amount of practice. It's just unfortunate that there's no training mode available to better hone your skills towards executing these moves.

Battles in Eyes of Heaven are hectic and satisfying, keeping you constantly engaged as you perform one damaging flurry of attacks after another.


And as you get a knack for the pace and flow of combat, your string of successes are rewarded by special achievements when you reenact moments or character behaviors from the series. These inside joke-infused achievements earn you bonus points that increase your overall ranking at the end of a fight. This adds a layers of enjoyment to your growing competency of the mechanics, aligning you further into the role of your respective character through association and context. Once you've grown confident in your fighting abilities, you can take on Eyes of Heaven's story mode.

Thankfully, it doesn't repeat the mistake of its predecessor-- All Star Battle --by attempting to haphazardly retell the plus year ongoing saga of the Jojo series with limited characters and assets.


Instead, it tells an original crossover story that throws its multi-generational cast of protagonists into a conflict against a mysterious foe known as the "Noble One. While the addition of a fully-fledged story mode with an original narrative is an inviting notion for longtime fans, its execution is tedious and lacks pacing.

The story comes across more as mediocre fanfiction, displaying none of the over-the-top and dramatic qualities that makes Jojo's arcs so captivating. The problem with story mode lies in its repetition; you're thrown into a predictable cycle throughout the hour campaign, slogging through a multitude of repeated battle encounters under the same premise.

The premise is as follows: your group of characters meets brainwashed versions of a couple of their old allies; you reluctantly fight them and once they're down, you cure them of their affliction and they join your team. This repeats until you obtain all 34 protagonists of the story mode's character roster. There are encounters that attempt to add variety to the monotony you're thrown into, such as fighting against waves of zombie vampires or playing a poker mini-game. It's a fun JoJo game - crammed full of fanservice. Love the character roster, I just wish that the combat was more flushed out and utilised specific combos like Tekken, Street Fighter or Budokai games.

Maybe the next version will allow a more sociable experience, but for now, back to All-Star Battle. Play Video. Essential Links. By Metascore By user score.